Google What is Core Update, The Effect On SEO and Traffic 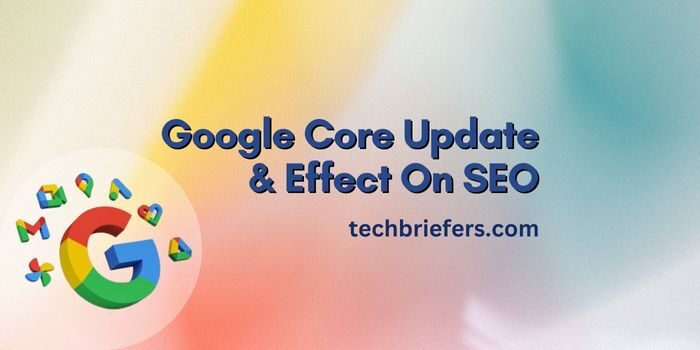 What is a core update, maybe the question is no longer a new thing if you are already involved in the world of the blogger or digital marketing.

The reason is that a content creator must update with Google’s algorithm. This is to understand how to create interesting content and meet SEO rules to win the competition in the SERP.

As we know, Google’s algorithms are very diverse. Some of these are product review algorithms, core updates, spam updates, snippets, pirate, pandas, pigeons, penguins, and others.

For some of the algorithms mentioned, there is one that often changes in a year, namely Core Update.

However, before we discuss that. Let’s first understand what the Google algorithm is.

What is the Google Algorithm?

Google’s algorithm is a ranking system that displays search results that are relevant to the keywords used by the user.

There are various kinds of Google algorithms to determine the ranking system of a website. The purpose is to make the information presented to users relevant and of high quality.

However, the system created never reached perfection. Considering that user behavior is also very erratic because it can be influenced by a certain condition.

Therefore, Google continues to update algorithms and one of them that often changes every time is the core update.

What is Core Update?

Core Update is a significantly overarching change to Google’s search engine system. Another term is also commonly referred to as core change.

The core changes aim to improve the relevance of search results so that the information presented to users is relevant, quality, and useful.

Quoting from several sources, even Google has made major changes in 2020, namely 3,620 changes during the year.

The characteristics of Google making changes to the Core Update algorithm are announced, named, and the changes are significant and broad.

When Was This Algorithm Released

Core Update updates are released from time to time because Google generally continues to improve its search performance to present quality and relevant information to users.

Google algorithm changes can occur several times a year. However, the timing of the details of the changes cannot be known for sure.

If there is an algorithm update, Google always gives a notification when the algorithm will be implemented.

The Effect of Core Updates on SEO

The influence of the presence of new websites and also articles that are published every day makes Google continue to update the algorithm. Every algorithm update will affect SEO and website rank position in the SERPs.

The Google Dance phenomenon occurs when your website gets attention and has a chance of appearing in the SERPs.

If your website is gaining very high attention as a result of the influence of Google Dance, that’s one good sign. Because it is very likely to appear on the Google search page.

However, the existence of google dance usually lasts for some time until Google determines which page gets the top ranking.

This is usually influenced by the number of posts that target similar keywords. So Google’s algorithm quarantines articles and displays them randomly while assessing their quality and relevance to one of the keywords.

Tips for Overcoming the Influence of Core Update

When there is a core change in Google’s algorithm, you should not panic and immediately do optimization. Because don’t let yourself make the wrong decision that results in a decrease in your website’s ranking in the SERP.

For this reason, the way to overcome the impact of Google Core Update is to make sure there are notifications from Google, ranking evaluations, traffic, and keywords, and continue to focus on presenting quality content.

However, when the Google Dance phenomenon occurs, it is recommended not to make frequent changes to pages that experience erratic rank positions.

Because, with the changes you make, it may make Google even more confused to determine the position of your website rank.