Did U Know Fun And Interesting Facts About Computers 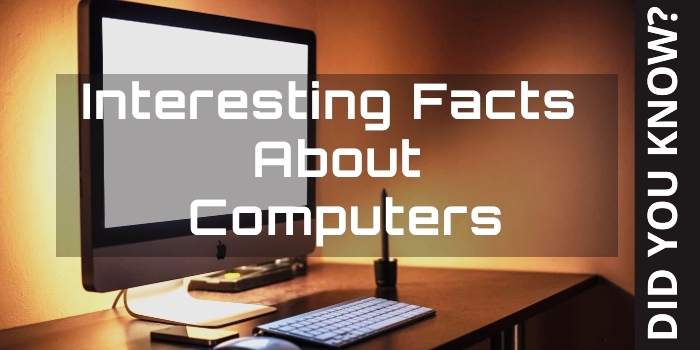 Computers have become a very essential part of our everyday life. This awesome machine changed our lives in so many ways. There are lots of Fun and Interesting Facts about Computers that I thought you would be interested in. That’s why I have listed a few of them that you can check out.

Only about 10% of the world’s currency is physical money, the rest only exists on computers. 90% e-money.

TYPEWRITER is the longest word that you can write using letters only, on one row of the keyboard of the computer.

There are more than 5000 new computer viruses are released every month.

Doug Engelbart invented the first computer mouse in around 1964 which was made of wood.

HP, Microsoft and Apple have one very interesting thing in common – they were all started in a garage.

The house where Bill Gates lives, was designed using a Macintosh computer.

A group of 12 engineers designed IBM PC and they were called as “The Dirty Dozen”.

The original name of windows was Interface Manager.

John Lasseter, who is the CEO of Pixar, was fired from Disney for promoting computer animation.

The password for the computer controls of nuclear missiles of the United States for a total of 8 years was 00000000.

A 15 year old hacked NASA computers and caused a 21 day shutdown of their computer systems. He also hacked the Pentagon weapons computer.

It is believed that the first computer virus released in the world was a boot sector virus, which was created in 1986 by the Farooq Alvi brothers. It was designed to protect their research work.

Want to know more interesting and fun facts about computers and technology…we will get back to you soon.