Did U Know Google opens up Google Meet to all 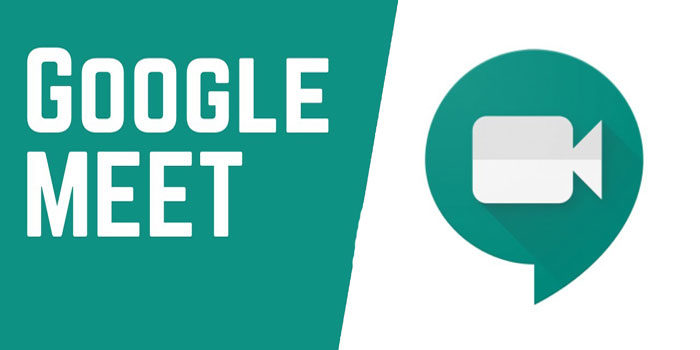 Google is revealing its Google Meet videoconferencing service to all the willing users. It is not going to be available for the enterprise and education customers via G Suite; instead, it is available for all the users who want to use it. The company says anybody with a Google account will now be able to create free meetings of up to 100 people that can last any amount of time — though after September 30th it may restrict meeting length to 60 minutes.

The requirement is really though that is a Google account. Isn’t it?

Unlike some other meeting apps (example Microsoft meeting), People won’t be able to just click a link and join a meeting. Instead they will have to be logged in with their Google account. This will make sure that the host will control the meeting in a better way. This will hopefully eliminate the chances of Zoombombing. Well its Google so, this is not so easy.

Google will also introduce other safety measures: people not explicitly added to a meeting via a calendar invite will be automatically entered into a green room when they try to join a meeting, and only be let in when approved by the host. The free version will also not offer landline dial-in numbers for meetings.

Google meet is now open to anyone with a Google account

Google Meet is way more different from the Zoom app on the basis of its safety-focused caveats.

Zoom has had a spectacular rise over the past few months which caught both Google and Microsoft flat-footed. The increased consideration of Zoom exposed a supplication of security problems. The rapidly fast-growing company has scrambled to address those issues. But Google is apparently hoping there’s still an opening for people who lost trust in Zoom.

Google also has trust problems of its own when it comes to conferencing and messaging products. Google Meet is named the “Google Meet” earlier April 2020. Before that, the service was known as  Hangouts Meet.

That is a legacy of the splintered and convoluted history of the messaging and video apps by Google. The company is still trying to escape from such things. Hangouts Chat, Google slack, and Google Teams competitor was also recently renamed to Google Chat.

Some Google users may still be using Hangouts Video chat or at least remember it in such a competitive era. This is another one of those Google legacy products.

Google says that it will be transitioned to Google Meet over time so that there’s a single platform for both consumers and enterprise customers. Google’s slow-and-steady headway is admirable for enterprise users looking for stability from a company once famous for its product-killing spring cleanings, but at this point, it’s past time to fully sunset the Hangouts brand.

Google Meet recently restructured to support “Gallery view,” the Brady Bunch-style of putting all members in a single grid that Zoom largely propagated. The new mode is available in apps on mobile platforms and inside browsers on the desktop.

Zoom’s Security controversies are going to make capital for Google

It might be doubtful to get a change anytime soon. But Google is keeping G Suite and its related product as web-first apps. Which is completely different from its competitors who focus to go mobile-first. This allows G-suit users and Google to be always-updated and easier to manage the apps. Even, better than the native Windows or macOS apps.

However, while using the web this approach can lead you to lose your meeting in a sea of tabs or accidentally exiting out of it. But if you are attending a meeting, definitely you are going to be more attentive than usual.

Together with the consumer availability for Meet, Google is going to launch a new tier for G Suite that it’s calling “G Suite Essentials,” This includes Google Meet and also Google Drive, but not the Gmail. All the current G Suite customers will still have free access to Meet through September 30th.

Finally, Google Meet is also going to be integrated into Gmail. In both G Suite versions and regular consumer Gmail addresses. In the same way that Microsoft has leveraged its Office supremacy to drive people to Teams, Google is fully utilizing Gmail’s power to push its integrated video conferencing app.

Though Zoom may have captured the zeitgeist, Google and Microsoft are going to do their best to make sure it doesn’t capture any more of the market.