Did U Know What is Supercomputer and How does it work? 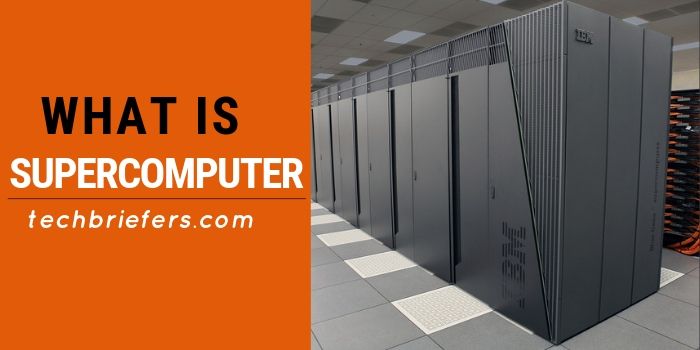 Today we will talk about what a supercomputer is and what and how does it work?

All of you must be aware of what a computer is. But today we will tell you about the Supercomputer. If you do not know about Supercomputer, then this article is a perfect topic for you. In this article, you will get complete information about supercomputers.

After reading this article you will finally have complete knowledge about –

So let’s start the journey to know what is a supercomputer and what does it work?

Supercomputer sounds like a computer’s super version; this is also true because supercomputer is a device with much more faster processing as compared to the existing computer.

If we talk about the earlier times, the computer used vacuum tubes and transistors. Also at that time the computers used to be large room size and consume a lot of space and energy.

However, after the introduction of the Integrated Circuit and microchips, the size of the computer has decreased substantially.

First I introduced you about the past face of our dear computes. The computers we use are termed as general-purpose computers. Now, let’s know about supercomputers.

What is a supercomputer?

It works thousands of times faster than a normal computer. That’s why it is called supercomputer. This is the fastest and most powerful of all available computer systems at any given time.

Supercomputer performance is generally measured in the floating-point operation per second instead of millions of instructions per second.

This computer system is used where there is a need to perform a real-time task with much power and fast processing.

The performance of supercomputers is measured in FLOPS, which means floating-point operations per second. That’s why the more the FLOPS, the more computer the more powerful it will be.

A Supercomputer is a computer that currently performs in the highest operational rate. It is most commonly used for scientific and engineering applications.

How does supercomputer work?

The need for supercomputers is used for scientific and engineering applications, which requires the calculation of database and high-level calculation too.

Supercomputers are very fast, powerful and expensive. That is why it is used only where there is a need to make large and fast calculations.

What does supercomputer do?

Let me explain and explain to you where the Supercomputers are used. The following works are done mainly from supercomputers.

What are the functions of Supercomputers:

Today’s supercomputers can not only perform multiple calculations with blazing speed, but they also process huge amounts of data in parallel by distributing computing chores to thousands of CPUs. A major use of Supercomputers is to work in research facilities, government agencies and businesses performing mathematical calculations. They are also useful in collecting, collating, categorizing and analyzing data. Some of the major functions of supercomputers are as follows.

How much does a Supercomputer cost?

Cost of Supercomputers depends on how much it calculates with the speed of the floating-point per second. For an instant, we can say better performing computers will have a higher cost.

The faster the super-computer, the higher the price, and the more expensive it is.

On the matter of supercomputers, you must have come to the question that which are the world’s fastest supercomputers and which of the countries?

The world’s 2 fastest computers are from the US. These are the names of both computers, Summit and Sierra. Both of them use IBM technology.

Summit was crowned the world’s fastest computer in June 2018. He performed the mathematical test LINPACK at 122.3 Petaflops per second.

Altogether, the world’s 10 fastest supercomputers have 5 Americans, 1 Chinese and 1-1 Switzerland, Japan and Germany.

According to January 2018, Cray XC40 is India’s fastest supercomputer. Its storage is 1.5 terabytes. It was inaugurated (January 8, 2018) by the Union Minister of Earth Sciences, Dr. Harsh Vardhan.

It is located in “Indian Institute of Tropical Meteorology” (IITM) in Pune. India’s supercomputer’s top speed is 42.56 TFLOPS per second.

The names of the 5 fastest supercomputers in India are as follows.

When and who created Supercomputer?

If you will study the history of the computer, you will get to know there isn’t a single person contributing to it, but it is a great creation with the contributions of many people.

Different people have made different contributions at different times in the making of computers. After that, we got this amazing machine (computer).

But if we have to talk about a single person, Seymour Cray (1925-1996) has contributed the most to create a Supercomputer. That’s why he gets credit for making supercomputers, the most.

Many large companies such as IBM, PayPal use supercomputers. This computer not only provides more speed than a normal computer but also reduces online fraud.

It works thousands of times faster than a normal computer. Which allows us to work more and more in less time.

Overall, supercomputers have become the need of those who are always in need of great and quick solutions in this fast pace world. Some areas have become so dependent on them that they cannot work without a supercomputer.

Today we are living in the age of information technology and this technology cannot be without computers. The computers we use in Daily Life can be termed as ordinary computers or general-purpose computers.

We can easily do normal or little complex tasks. Simple tasks such as small calculation, viewing the picture, typing the text. But for the big and greater performance tasks, we need supercomputers.