Did U Know What Is LiteSpeed Web Server and its Advantages 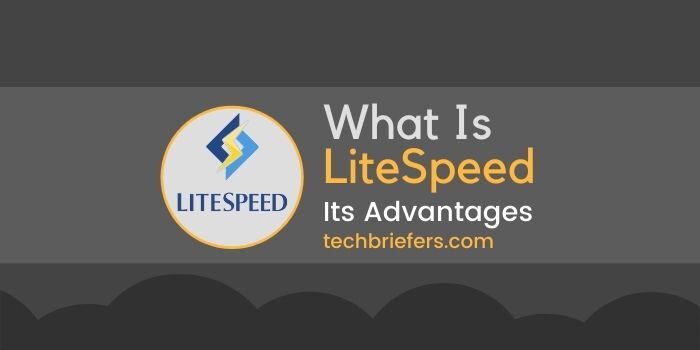 Maybe you’ve heard of LiteSpeed Web Server or LSWS which is one of the best web servers today. Then what is a web server? A web server is an important thing that needs to be considered for those of you who are interested in the world of websites, whether it’s a business website, e-commerce, hobby, or other. With a web server, website owners can manage websites and design them.

Websites have a greater degree of control than blogs. The use of the website is also more functional and professional for certain needs. There are many web server software that can be used. Each existing web server also has different advantages and disadvantages.

What is LiteSpeed Web Server?

Litespeed Web Server is one of the best and well-known web server software in the world. Some sources also mention that this webserver is ranked 4 as the most famous and popular web server today. LSWS is a product made by LiteSpeed ​​Technologies which was released in 2003.

The software has the same working system as Apache because the purpose of its release is to replace the software. This is what makes LSWS increasingly popular because websites before LSWS do not have to be reformatted to get the same appearance after using LSWS.

LSWS has a control panel that is easier to use than Apache. This software also acts as a replacement for Apache program functions and provides an event-driven approach in order to be able to run certain commands.

By using the event-driven approach, the format calibration system will not be as complicated as when using Apache which is famous for its many special formats. Not to mention that the format is also easy to learn and control even for beginners.

Its web server is known to have superior and reliable performance compared to Apache. This web server is also ideal for using several CMS such as Joomla, Drupal, WordPress, and many others.

There are various features that make its performance quite satisfactory for users. The following features are provided:

The GZIP Compression feature on this webserver allows users to save bandwidth by shrinking the files they want to send to clients. So there is no waste of bandwidth when the file was sent.

Any system is also compatible with this web server. As for examples such as Mac OSX, FreeBSD, Linux to Solaris.

LiteSpeed ​​also provides tools to disable httpd.conf as well as htaccess. Users do not have to reconfigure when moving to this web server. The web server also uses the settings that the user already has and processes them using an event-driven architecture.

All control panels used in Apache can work well in LSWS. Examples of compatible control panels are DirectAdmin, Plesk, and also cPanel. The plugin allows the user to control the webserver functions provided in the panel, including cache.

Also read: What is a subdomain and How to create a Subdomain?

There are many advantages that users can get after using this web server. Summarized, here are some of the advantages in question:

#1. The hardware required is not too big

This has something to do with better and less heavy resources when used. Due to lower hardware requirements, of course, the cost for website needs can also be reduced and can be focused on other needs on the website.

This web server uses a common Apache format but plus a control panel that is quite easy to use. In terms of appearance, the interface is also easier to recognize so that panel functions can be remembered faster than when using Apache.

For those who have problems using the LiteSpeed web server, you as a user can contact Customer Support for the required information. The service provided is also fast and friendly and right on target.

For those who find their Customer Support difficult to contact, there are many LSWS communities that can be the best choice.

#4. Transactions are easier than Apache format

As already mentioned, the ease of the transition process is the main goal of the LSWS release. Provides the ability to use panels and good software capabilities but without the hassle of changing existing formats. Not a few users are immediately smooth after 15 minutes of transition from Apache.

The LSWS that you want to use earlier is also equipped with a special LiteSpeed security mode. Whether or not it’s easy to add mods to avoid DDos and connection throttling is very important for user convenience.

Using LiteSpeed ​​for a web server can be an option for those who find it difficult to format in Apache. It’s just that to use this web server, you need to pay a hefty amount compared to Apache.

Well, that’s the discussion about Litespeed’s features and advantages for websites. Now Google gives higher rankings for websites that have fast access. For that speed, hosting is one of the things that is mandatory. Choose a good hosting provider, for example, Bluehost.

One thought on “What Is LiteSpeed Web Server and its Advantages”